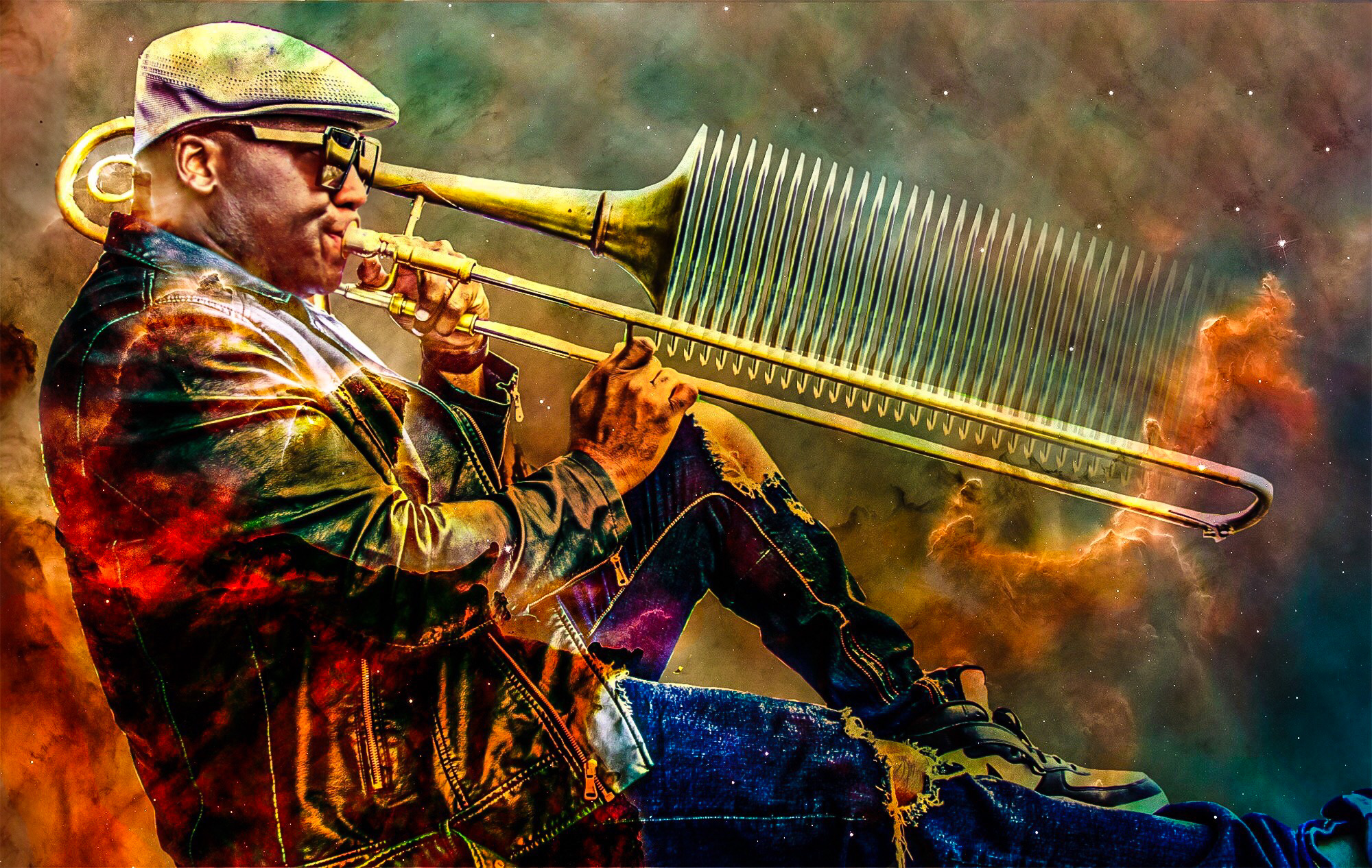 Sammie ‘Big Sam’ Williams is a trombonist and band leader from New Orleans, Louisiana. He has been a member of the Dirty Dozen Brass Band and leads Big Sam’s Funky Nation.

In his youth he studied with saxophonist Kidd Jordan and at New Orleans Center for Creative Arts. In his teens, Williams was a founding member of the Stooges Brass Band and joined the Dirty Dozen, allowing him to play with Karl Denson, Dave Matthews, Widespread Panic, and James Brown. After one year with the Dirty Dozen, he began a side project broadening his musical ambitions. In 2006, he played with Elvis Costello and Allen Toussaint on their album The River in Reverse and tour.

Williams had a recurring role in the HBO series Treme.[1] The series followed residents of New Orleans as they tried to rebuild their lives after Hurricane Katrina.

Williams proposed to his wife on stage at the New Orleans Jazz & Heritage Festival on May 4, 2014.[2] He learned in adulthood that he is the great-grandson of cornetist Buddy Bolden.